Information is always being added or edited on the maps, and nothing should be taken as fixed in stone. Indeed even boxes with a listed status are being removed. These maps are only a guide, they are my best effort on helping others find boxes.

The little blue Icons
If I have located a box on Google street-view / Map interrogation or have been told about via communications from other people (where stretview doesn’t exist), then a small blue icon will appear like the example below: 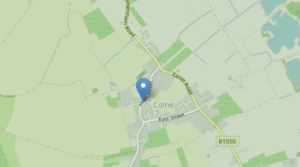 The Phonebox icons
Where I have visited a location and found a box, then the little blue icon will be swapped out for an appropriate box symbol, and in the colour of the box at the time of the visit:

The Removed Box Icon
The list of removed boxes is a rather problematical subset of boxes in that this website is not here to tell people about the lost and removed boxes from yesteryear, its primarily about what I have visited. So the only boxes shown as removed fall into the following criteria:

So the list is really about what one can see on Google Street-view and what’s been removed since. These in my mind were opportunities lost, Boxes removed in the 1990’s and earlier were never an opportunity and as such don’t play part of my aims.

Removed Boxes are shown with the following symbol: 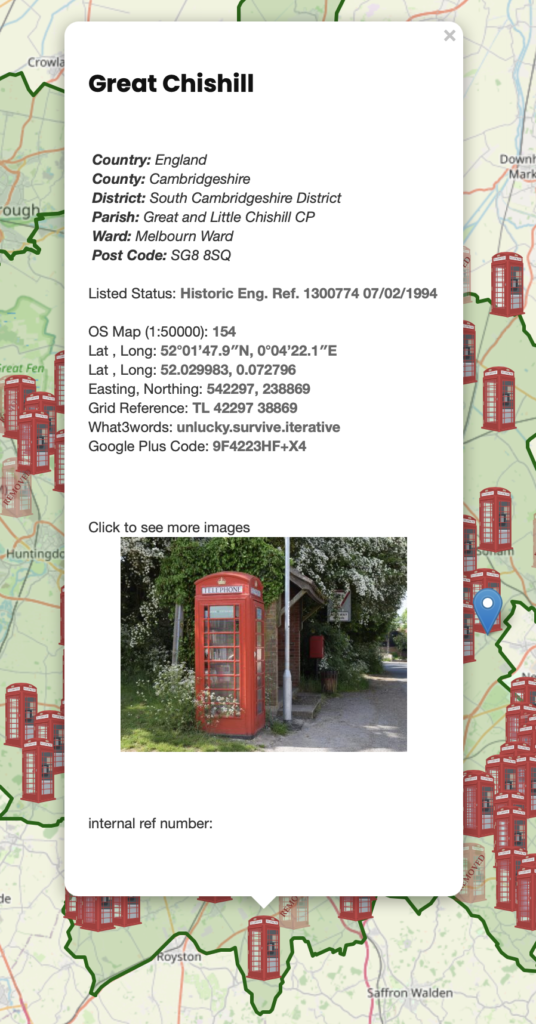